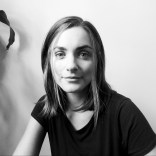 5 Healthy Things to Do in Indy This Weekend

A unique community is emerging in Indy that a non-profit is harnessing in more ways than one. Indy VegFest is a free, vegan festival for everyone–one that consolidates, educates, and celebrates components of a vegan lifestyle. This non-profit has initiatives throughout the year, with the Indy VegFest serving as its largest annual, community-oriented festival. The co-founding couple, Katelin and Joe Rupp, gave us the inside scoop on everything Indy VegFest.

Founded in 2016 with the first festival taking place in April 2017, the organization exists to create a wholesome community for both non-vegans and vegans alike. “For me, Indy VegFest is the vegan festival for everyone,” explains Katelin. “We wanted to create a really safe, welcoming environment for anyone and everyone who might be interested in finding out more about the vegan lifestyle, and maybe trying some new things.”

Several vendors, speakers, and activities make up the core of the event, creating an organic community gathering. The first Indy VegFest event ended up having over 4,500 people attend–a number far larger than the team foresaw. “We didn’t expect that many people! But now we’re slowly growing,” Katelin says with a laid back eagerness. The 2018 event saw over 5,500 people, all of whom they show great gratitude toward.

Joe calmly sips his coffee as he notes that they both knew the Indy vegan community was significant, but everyone was separated. “This event brought everyone together, and I think everybody was surprised at how many people showed up. I thought that I knew everyone who was in the vegan community, but it’s much bigger than I thought, which is great,” he adds.

Although an estimated 50 percent of the attendees are already vegetarian or vegan, the more variety of eaters, the better. They are trying to draw in people who otherwise wouldn’t try vegan food. The couple assures that they want non-vegans to know they are welcome and are encouraged to bring their families. “We want to cultivate it as a non-judgemental, welcoming environment for everyone to experience,” Katelin explains.

What people choose to eat and why they choose to eat it is a personal decision, and Indy VegFest keeps this in mind. “There are several reasons why people might want to go plant-based or vegan. It could be for their health, the animals, the environment, for world hunger. We try to cater to all of those different aspects of veganism and welcome everyone into the fold,” Katelin adds.

In terms of education, there is a wide range of speakers, immersive cooking demonstrations, and vendors that offer learning opportunities. Outside of the annual event, the organization hosts many small educational events throughout the year that have been highly engaging with the Indy food community. You can find them tabling at community events, and they even have free cooking classes every two months at the Central Library, where both local and mainstream vegan and vegetarian chefs are featured.

The couple is pleased with building on their first year as they have been able to get a lot more food businesses and chefs interested and involved in what they are doing. One major supporter that cannot go unrecognized is Eskenazi Health–a previous sponsor and current title sponsor this year. Eskenazi CEO Lisa Harris supports veganism from a lifestyle medicine perspective when talking about prevention and reversal of chronic diseases–something that Eskenazi is working toward implementing into their practices.

Joe and Katelin think the partnership makes a lot of sense considering the similarity of values and beliefs. Katelin admits, “To have a health care system on board with a vegan event is kind of unique. When you look countrywide, you don’t see that with other vegan events.”

The partnership is a year-round event as Indy VegFest is working with Eskenazi Health to record videos of cooking classes that will broadcast on their closed-circuit TV’s, playing facility-wide.

The day before the Indy VegFest event, the organization will be hosting a Lifestyle Medicine Symposium for Health Care Providers at the Biltwell Event Center. A lineup of physicians, state health care providers, and one nationally recognized keynote speaker are planned for the event. Credits for continuing medical education will be offered as well. The one-day event is on Friday, March 29, from 1-6:30 p.m. Tickets are $10 per person.

Joe and Katelin both see the vegan community growing in the Indy area, admitting that the online resources have been a game-changer. With such a grand turn out, Katelin adds that a future goal is most likely going to be finding a larger event space to accommodate everyone. But hey, it’s a good problem to have.

Q&A with Angi Grant, Founder of the Indy Fitness Festival

When circling on some greatest achievements since Indy VegFest began, Joe concludes, “Just that we have been a viable event. In 2017, we didn’t know what to expect, and we had over 4,000 people show up. Things have gotten better every year–the second year a bigger year with more attendees, more sponsorships, more vendors. It’s just growing and growing and growing. Just being an ongoing concern is an achievement in itself.”

This event, no doubt, leverages the vegan community in a way that Indy has never seen before. Katelin smiles, sip her tea, and a matter of factly says, “ You need to find your people. The secondary audience and secondary benefit of the event are to give a community to vegans who feel like they’re off on an island by themselves.”

Indy VegFest will be on March 30 at the Biltwell Event Center from 1-6 p.m. with early access availability from 11 a.m.-1 p.m. Register here for the free event to receive updates and to provide the organization with a headcount. Purchase early access tickets here. Want a behind the scenes experience? Sign up to become a volunteer.

Whether you’re an omnivore, vegan, plant-based, or somewhere in between, Indy VegFest welcomes all with their open minds and open arms. Find your people–this community could be one you never knew you needed. 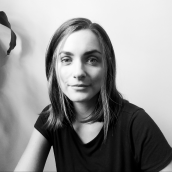 Indy Wellness on a Budget: Groupon Deals that will Trim your Waist Instead of your Wallet

5 Healthy Things to Do in Indy This Weekend