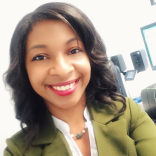 Keshia McEntire is a freelance writer residing in Indianapolis, IN.…

We are only weeks away from the launch of the IndyGo Red Line, the first of three bus rapid transit systems coming to Indianapolis.

The IndyGo Red Line, scheduled to open on September 1, during Labor Day weekend, will be one of the first all-electric bus rapid transit services in the nation. The 13-mile Red Line spans from Broad Ripple to the University of Indianapolis, offering access to popular destinations along the way including The Children’s Museum of Indianapolis, Garfield Park, IUPUI and Fountain Square.

The Red Line will operate for 20 hours each day, seven days a week. The buses are scheduled to arrive every ten minutes. According to indygored.com, the Red Line will increase access to employment opportunities and institutions of higher education.

“The Red Line alone is anticipated to move 11,000 trips per day – and those are trips to and from neighborhoods, restaurants and businesses,” said Lauren Day, director of public relations at IndyGo. “The Red Line will open on the same day that we make a 50% improvement to all of the local routes as well. Both of these improvements combined will make transit easier and more reliable for current and future riders.”

“Electric vehicles reduce the dependency on fossil fuels, which has several benefits: The environmental impacts are significantly reduced. And as transportation is one of the top two leading causes for climate change, doing our part to reduce the contributions the bus fleet makes is important to our mission and values,” said Day. “Electric energy is also cheaper than diesel fuel and allows us to free up operations dollars for better service on the street, growing our staff, and providing more resources to current and future riders.”

However, there is still debate regarding exactly how much electric buses can improve our environment. According to a study by the Union of Concerned Scientist, electric buses have the highest environmental impact in the West Coast because many cities use hydro, wind and solar power to generate electricity. This isn’t the case for most cities in the Midwest. Locally, Indianapolis Power & Light generates the majority of its power by burning fossil fuels. However, research shows we have more to gain than lose. The study noted that even in the midwest, the emissions produced are fewer than operating diesel buses.

The health benefits of riding the Red Line are not limited to better air quality. In addition to environmental benefits, Day hopes better transit will encourage people to get out and explore their city as pedestrians. The locations connected by Red Line include one of our city’s largest parks and some of Indy’s most walkable neighborhoods.

“Transit encourages walking and bicycling, whether it be to and from the stop or during the day,” said Day. ““Being a transit user means you are an integral part of your community, riding next to residents and visitors of all experience, demographic, and lifestyle varieties – and that makes us all healthier.”

For more information about the Red Line, visit indygored.com and follow IndyGo on social media @indygobus. 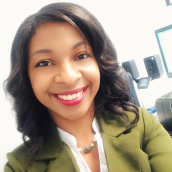 Keshia McEntire is a freelance writer residing in Indianapolis, IN. You may find her online at keshiamcentire.wordpress.com or on Twitter @keshiamc12.

6 Healthy Things to Do in Indy This Weekend