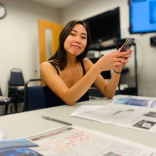 5 Locally Made, Healthy Snacks You Need to Try

The series of political and social events in the United States over the past year has been a catalyst for igniting the Black Lives Matter movement and exposing structural racism that has previously been evaded and suppressed. Racial disparity persists in systems within the U.S., particularly in health care regarding women of color.

America has the highest maternal mortality rate than any other developed country. According to the Centers for Disease Control and Prevention, Black, American Indian, and Alaskan Native women are two to three times more likely to face maternal death than white women.

Pregnancy mortality includes mothers’ death during pregnancy, delivery, or within one year postpartum, per the CDC, and most pregnancy-related deaths are preventable.

Causes of hypertensive disorders and other health complications can be attributed to diet and environmental factors. For example, the lack of access to nutritious foods and exposure to pesticides, air pollution, and other environmental contaminants may affect fertility and healthy pregnancy.

Landfills, hazardous waste sites, and other industrial facilities are often located in communities of color. Many of these places are food insecure, meaning communities living in the area have difficulty accessing healthy foods.

The weathering hypothesis claims that chronic exposure to social and economic disadvantages leads to early health deterioration. Structural racism in health care, social services, and the environment are all factors that may trigger weathering in pregnant women of color.

“Constant stresses can cause genetic changes that predispose you to complications,” Dungy-Poythress said. “Studies have suggested that black women, on the average, act seven years older than white women because of the stress they’ve been exposed to.”

In addition to people of color being predisposed to health complications, health care services may fail to measure health criteria based on ethnic group.

5 Easy and Healthy Recipes To Try This Week

“What is a normal BMI, and who decided what the normal BMI is? What were the demographics of those people?” Dungy-Poythress said. “People (of color) are ostracized because they don’t fit into this BMI, but maybe that’s normal for their ethnicity type. They are treated differently.”

Disadvantages that minority groups face, according to Dungy-Poythress, are products of deeply rooted issues within implemented systems, negatively affecting the health and well-being of people of color.

“Systemic racism plays a role,” Dungy-Poythress said. “People used to think it only had to do with your socioeconomic status and education level, but I, as a black woman without any medical problems and has a higher education, also have an increased risk.”

Ending structural racism in health care requires action from multiple systems. The CDC has invested more than $45 million over the past five years to support state and local Maternal Mortality Review Committees. As well, the National Institutions of Health will be funding new research that examines racial and ethnic disparities in pregnancy-related complications and deaths. 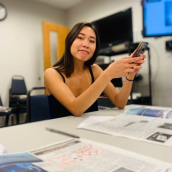 COVID-19 Vaccine: What You Need to Know

5 Locally Made, Healthy Snacks You Need to Try